“Ash was once used as a detergent and thus also serves as a symbol of purification.”

I think the confusion in people in the spring of 2020 is the biggest I have experienced.

My black and white series are a reflection on the carrier of the female genetic code before and after the world virus.

Traditions are collapsing, the role of women in giving new life to the world is losing its importance. There are too many people on the Earth.

My women are like Phoenix birds- they shrink in ashes and are reborn in a new form.

The image of a black woman was relevant in the world of pre-viral art today. It inspired me to create a story about a post-Soviet white woman. They also have strength, no pragmatism, they can clean potatoes and at the same time dream of love. They can adapt to any circumstances, die internally from loneliness and old dreams, and then again be reborn … This is my image throughout.

My women are like strange allegories to our incomprehensible world. They are reborn from ashes in so far unknown Goddesses. It is a story of inevitable change.

In my work I use collages of personally used clothes, as well as leftovers from the local carpentry factory and items found in the vicinity of Tīraine. 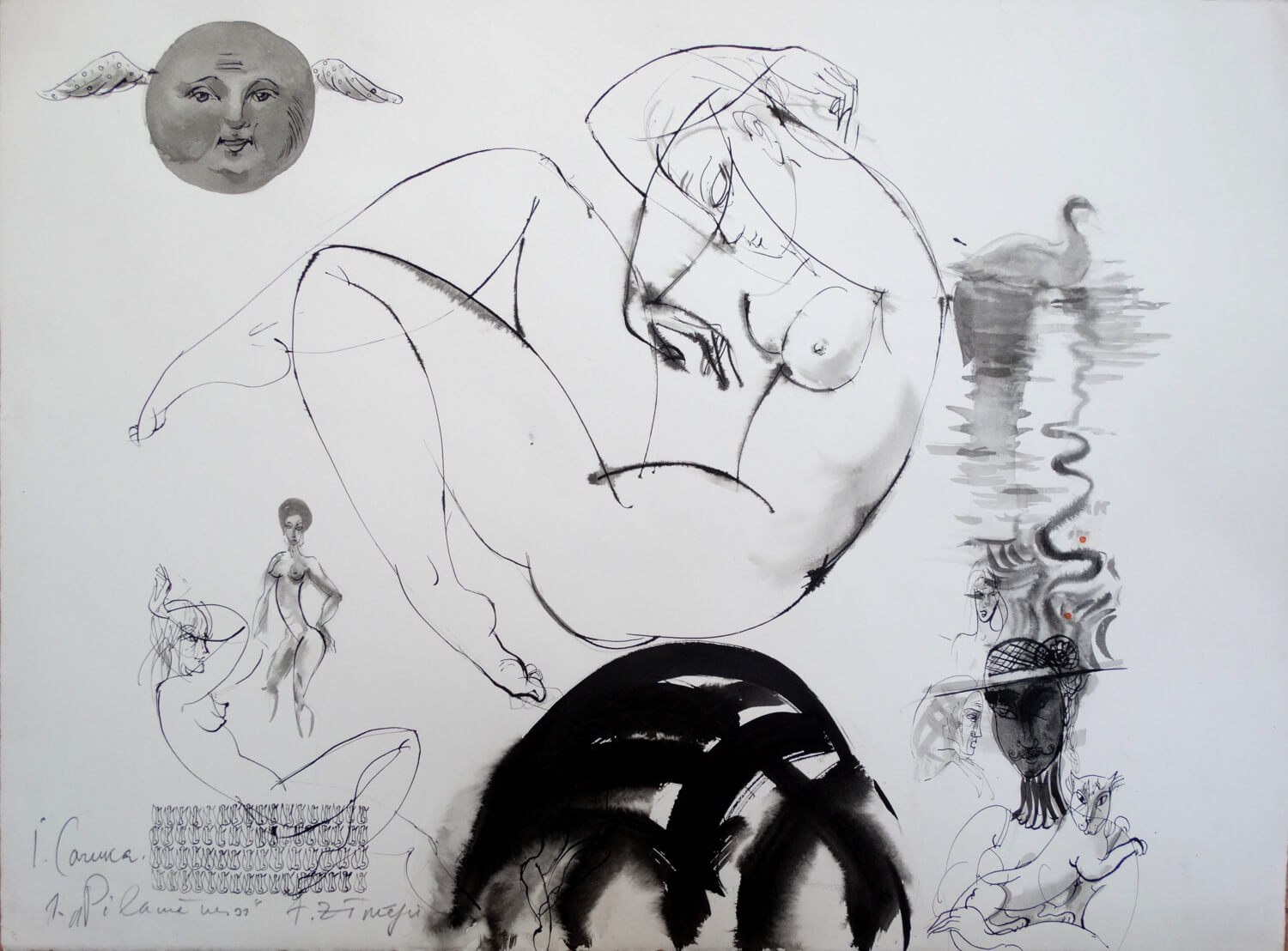